As our scriptures say, “Aham Brahmasmi”! Now, that’s what defines me and makes me, me! – ‘Vikramjeet Singh Kanwar’ or ‘Max’, as I am lovingly known.

I believe: “I am not the body, nor am I the mind”. I am simply the soul, which is a part of the supersoul, or to put it in other words, I believe that I am simply the ‘energy’ whose purpose is to merge with the ‘universal energy’. Quantum Physics and all domains of Science have established that ‘Everything is Energy’.

Implying that ‘The Universe’ is a huge ball of Energy, of which I, you, everyone, and everything is a part of – which means that I, you, everyone, and everything is nothing but – Energy! Whatever I am capable of doing is simply because I believe that I am a part of this Universe – This Huge Energy Ball. And the more I am learning to attune to this Universal Energy, I am more and more becoming a part of it. And again; scientifically speaking; since everything is a part of this ‘Brahmand’ or ‘Universe’ – Everything is Energy, so am I. So, to simply put it across; because everything is ‘ENERGY’; including myself; I find no difference in the cause and effect of what I perceive &/ or what I do.

Merging the Law of Thermodynamics and the philosophy of spirituality, we can easily derive that
‘We are energy, and energy never dies. It just changes forms’.

Further, Quantum Physics has proven that the atoms that form objects and substances which we call solid are actually made up of 99.99999% space. Now, as everything is made up of atoms, which is nothing but energy, we can sum up that everything is made up of energy. The energy that makes me or you is the same energy that makes the trees, mountains, water, the very chair you are sitting on; also the phone or the laptop that you are currently using. All of this, everything – It’s all made up of the same stuff – ‘Energy’. Further, if everything is made of atoms, and atoms are nothing but ‘energy’, and if ‘everything is energy’, it simply implies that everything is 99.99999% empty. Wow! – That is some weird fact that oscillates my mind every single time I think of it. I look around and wonder that how possibly my phone, laptop, room, floor, the roof, even my body itself – all of this could possibly be empty – just possibly be ‘nothing but intangible, energetic information’. Further, what would make reality weirder for you is when I tell you that you have never ever actually touched anything in your entire life. Scientifically speaking, ‘Electron repulsion’ between your fingertips and/ or any other medium (anyone’s hand / cloth / phone screen / cup, etc) makes touching any other thing impossible. Further, at the subatomic level, everything is energy and nothing is really tangible.

As physical beings (apparently physical beings), with our limited knowledge span, we define reality in physical terms. But given the umpteen scientific proofs, science now firmly believes that ‘everything is energy’. So, at the most fundamental levels, it won’t be incorrect to conclude that ‘this entire World, and everything and everybody living in it, is not physical at all’.

This brings me to a point, wherein I seriously start to think that maybe ‘We are Spiritual Beings on a Human journey’, with a purpose much bigger than mere survival and certainly beyond the basic four activities that most of us and all the animals are engaged in – ‘eating, sleeping, mating and defending’. 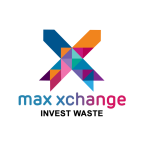 subscriber
It's not easy to hear the truth, that your child is indeed different. Some parents do not even hear the doctors words: Yes, Max is an amazing boy with Superpowers. he can see with his closed eyes.
Previous Post

What to Pack for a Vacation in Florida