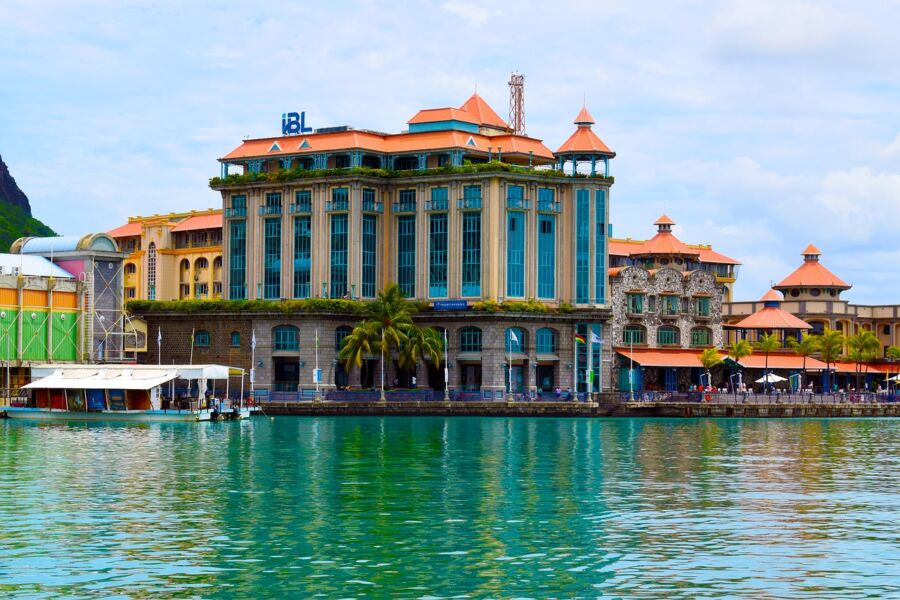 Mauritius is often referred to as the star of the Indian Ocean, an island nation located approximately 700 miles east of Madagascar in Africa. The volcanic interior is a tourist magnet, offering rocky peaks, sparkling lakes, and fields of sugar-rich green cane, the 320 kilometers of coastline with pristine white sand beaches, and a magnificent blue sea.

Although Arab traders and the Portuguese had passed through Mauritius before, it wasn’t until the Dutch came and colonized it in 1598 and named it after the Prince of Holland, Moritz van Nassau. And a lot has changed since then.

It is a small island from north to south, only 67 kilometers away and from east to west 45 kilometers, and there are only five cities on the island.

If you fly to Mauritius from abroad, you will go to the largest and busiest international airport, Sir Seewoosagur Ramgoolam International Airport, located southeast, approximately 49km from the capital, Port Louis. The only other airports they have is Sir Gaëtan Duval Airport, located in Rodrigues, which only flies to and from Mauritius and from time to time to Reunion, and a small airstrip to Agaléga.

In Mauritius, When it comes to weather, it is a year-round travel destination with a constant warm sunny climate, summer runs from November through to April and winter from May to October. Temperatures vary between 22 degrees in winter and 35 degrees in summer.

Mauritius is part of the British Commonwealth and English is the official language, although Creole and French are more commonly spoken. Mauritanians are descended from Indian, Chinese, African, and French races, creating a diverse and multicultural society. These multicultural inferences can be seen throughout the island, in the culture, history, architecture, and of course in the food.

With a pleasant climate, warm seasons, and a variety of landscapes, Mauritius can easily justify its status as an island paradise.

The standard of hotels and resorts is equally impressive, and there’s plenty of choice from smaller boutique-style hotels right through to world-renowned deluxe properties.

Water sports and golf are often included in the hotel package, but additional activities such as quad biking, and kitesurfing can also be easily arranged. Shopping is also high on the agenda and nourishes with quality jewelry and electrical goods at duty-free prices. In the capital Port. Louis and other towns, like QP pump, L’Oreal you’ll find the contrast of designer boutiques textile factory outlets, and specialty stores alongside colorful markets. The best buy for tourists is the colorful straw bags and locally produced spices. A bit of friendly bartering over the price is expected.

Being on the island, there are endless possibilities to enjoy the water, or how about a walk on the seabed? Inland there are nature reserves such as Bal Rochon and South Coast. Other must-see sites in the south Mauritius of the colored earth at chaparral, Grand Bassin, a Hindu sacred lake, and the annual Maha Shivaratri festival, held in February, is one of many religious festivals and celebrations that take place throughout the year.

In the North, Eureka, a restored, Creole house and Museum, is a popular tourist attraction and easily combined with nearby domain name pi, where you can learn more about the traditional methods of transforming sugarcane into sugar and rum. Also, to the north, near the capital Port Louis, the National Botanical Gardens are worth a visit, visiting 60 acres of gardens with over 600 plant species, but the Victoria Amazonica water lilies are the real charm of the Botanical garden.

Getting around Mauritius is relatively easy by taxi or on organized excursions. There is only one motorway, however, and the coastal roads can be slow. One way to see a lot in a short space of time is to opt for (Helicopter Tour) the ultimate overview.

A symbol of resistance, resistance against slavery. Prime property in the Indian Ocean, a mountain that powers more than 500 meters above a lagoon. Two centuries ago, though, it was a very different story. The Le Morne Brabant was a refuge for runaway slaves.

The colors of the earth are a very appealing and most iconic attraction in Mauritius. This fascinating natural phenomenon of sand, decked in seven different colors. It never erodes and stays the same way even after rainfall, leaving you completely excited, and the surrounding park is well preserved, so green and lush. From there you can also see the highest waterfall in Mauritius.

The Seven Coloured Earth Geopark is worth a visit. With dazzling colors from every angle, there are also giant tortoises, there is an outdoor cafe that offers food and drinks at reasonable prices, there is also a cafe that sells different types of coffee.

Great place for beautiful photos. Perfect for sunset, enjoy stunning views from the rocks, waves, natural pool, and sometimes dolphins and even whales in August-September. And don’t forget to enjoy a unique dining experience at La Phare restaurant.

In Triolet, Mauritius, Maheswarnath Mandir is one of the largest Hindu temples, founded by Pandit Shri Sajeebunlall Ramsoondur in 1888, originally from West Bengal, Kolkata, India. This temple is one of the oldest of its kind, the highest and the most impressive Hindu temple, run by the National Heritage Trust Fund.

The Grand Bassin is a sacred lake in Mauritius, and throughout the region, many visitors even fly in for special celebrations from India and South Africa. There are several shrines/temples and two giant statues that surround a lake. There is a shrine up a hill, from where the view is beautiful. Next to the lake, there is a temple dedicated to Lord Shiva and other gods.

In conclusion, Mauritius is a beautiful, tropical, colorful island where Africa and Asia meet in a new, thriving economy. Read more Interesting travel articles to get travel guides from experts and plan your perfect vacation.