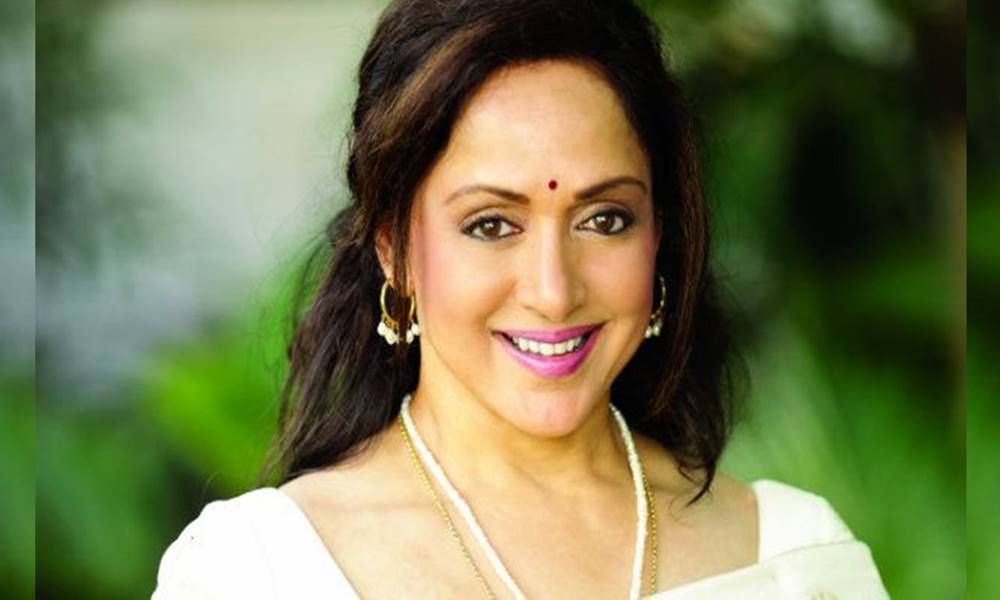 Meet the most famous and gorgeous actor of Indian cinema who is loved unconditionally. Yes you are right she is Hema Malini. She is an Indian actress, writer, director, producer, dancer and politician. She acted first in a main role in the movie Sapnon ka Saudagar which was released in 1968. During her career she received 11 nominations for the Filmfare award for the best actress and she won the award in 1973. From 2003 to 2009 Hema Malini was elected to the Rajya Sabha which is the upper house of parliament as a representative of Bharatiya Janata Party. In 2014 she was elected to the Loksabha which is the lower house of parliament.

Hema Malini belongs to Tamil Brahmin family and she is the third child. She got admission in Andhra mahila sabha in Chennai. History was the most favourite subject of her. She studied at DTE a Mandir Marg until the eleventh class and after that she followed her acting career. She did first film against Dharmendra in 1970 that was Tum haseen main jawa. The both got married in 1980. At that time Dharmendra was already married and was the father of two children Sunny Deol and Bobby Deol .Hema and Dharmendra also have two children named Isha dewal and Aahana Deol. She is now a grandmother when her younger daughter was blessed with a girl. She became Grandmother for the second time when elder daughter Isha gave birth to a girl child.

Her Film Career in a Glance

She played very popular roles and became one of the most successful actresses of all time of Indian cinema. At the starting of her career she played small roles in Pandav Vanvas. In 1968 she was chosen to play lead against Raj Kapoor in the film sapno ka Saudagar. This was the film from where she got her nickname dream girl. After that she played the lead in Johny Mera Naam which was an iconic success and played many powerful roles in movies Andaaz and Lal Patthar. In the movie Seeta aur Geeta which was released in 1972 she played a double character opposite Dharmendra and Sanjeev Kumar. This film created a boom for her acting career and established her as the ruling queen of Bollywood. This film gave a Filmfare best actress award too.

The list of successful films is very long and it includes movies like Sanyasi, Dharma, pratigya, Sholay, Trishul and many more. Hema and Dharmendra was one of the most iconic pairs of 70 and they acted together in almost 28 films including Sharafat, Tum hasi Mai jawa, naya zamana ,Raja Jani, Seeta aur Geeta, Patthar aur Payal, Sholay, Dillagi and So on. She acted against Rajesh Khanna in Andaz and Prem Nagar and was appreciated. Her acting was continued in movies like Kranti, Naseeb ,satte pe satta and proved her as the success coin of the time. During this period her movies with Dharmendra created a benchmark for upcoming movies. She acted in some television serials too such as Jay Mata ki, directed by Puneet Issar in which she played the role of goddess Durga, Kamini-Damini at  Sahara one as twin sisters and Nupur which Malini directed and in which she played the role of a Bharatanatyam dancer.

She Is A Politician Too

In 1999 she campaigned for Bharatiya Janata party candidate Vinod Khanna who was a former Bollywood actor. In February 2004 she officially joined the BJP and from 2003 to 2009 she served as the MP to the upper house of the Rajya Sabha having been nominated by the president of India. In the 2014 general Lok Sabha election she defeated Jayant Chaudhary from RLD and was elected to the Lok Sabha.

She Is A Great Dancer

She is a trained Bharatanatyam dancer and her daughters Esha Deol and Ahana are trained odissi dancers. She has performed with her daughters at Khajuraho dance festival. She has studied Kuchipudi with vempati Chinna Satyam and mohiniattam with Kalamandalam Guru Gopi Krishna.she has played a number of dance roles including Narsimha and rama in 2007. She performed in Mysore on the eve of Dussehra where she played the roles of Sati Parvati and Durga.

She is a big fan of Siddharth Nigam and Dharmendra.

Why Blinds and Curtains Together Are the Best for Your Home