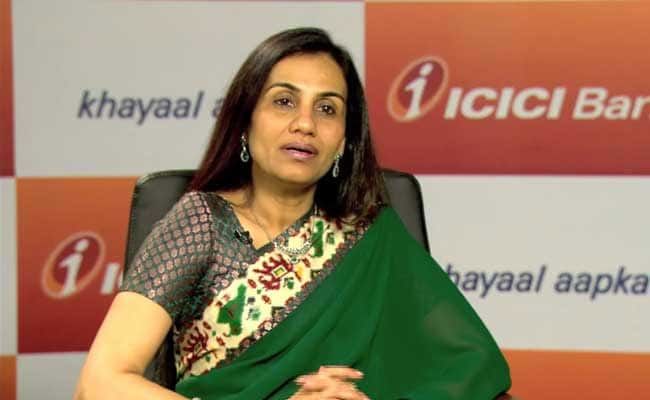 On 12 Feb 2021, Chanda Kochhar an Ex ICICI Bank Managing Director and CEO had appeared before a special court regarding the multi-crore money laundering cheat and has been given bail by offering cash surety of Rs. 5 lakhs.

Deepak Kochhar, Chanda’s husband and co-accused in the case was appeared through video conference, while her other defendant named VN Dhoot who is the founder of Videocon Industries Ltd. did not appear in this case because the court’s order was not imposed on him.

The special court for Prevention of Money Laundering Act (PMLA) had summoned Chanda Kochhar along with her husband Deepak Kochhar along with Videocon Group promoter Venugopal Dhoot on January 30, while other accused in the case after gaining perception of the Enforcement Directorate’s charge sheet.

Consequently, before the special court judge A. A. Nandgoankar, Chanda Kochhar appeared. After following Chanda’s appearance, her lawyer named Vijay Agarwal advocate filed a bail application for Chanda Kochhar. As a result, the court decided to give the application on a cash surety of Rs. 5 Lakhs.

In September 2020, the ED had detained Chanda’s husband Deepak Kochhar a criminal case for money laundering was filed based on the FIR which was registered by the CBI against Kochhar, Dhoot, and others.

However, on behalf of Deepak, Rahul Aggarwal appeared who is an Advocate by profession.

Now the case has been postponed to March 12. Ex ICICI Bank MD and CEO Chanda Kochhar had prima facie misrepresented her authorized position in granting to accused Videocon Group of Companies and received unlawful gratification from her husband named Deepak Kochhar.

It is important to know that ED’s inquiry grounded on a case that was registered by CBI in January 2019 into unproven irregularities in the funding of six high-value loans whose value is around Rs. 1,575 crores to five companies of the Videocon Group between June 2009 to October 2011.

The ED has also suspected that all the loans were granted in an infringement of the guidelines as well as the policy of the sanctioning group.

The ED in their complaint stated that all the loans were later named as non-performing assents because they resulted in an unlawful loss to ICICI Bank as well as illegal gain to the debtors and accused persons. It is also added that the total misuse is almost Rs. 1,730 crores as of April 26, 2012.

According to ED’s inquiry, it is revealed that the first loan amount of Rs.300 crores was paid to Videocon on September 09, 2009, and then the very next day V.N. Dhoot transferred Rs. 64 crores to NuPower Renewables Pvt. Ltd. which is managed by Chanda’s husband Deepak through his company named SEPL.

The agency has revealed that company NRPL was established in the year 2008 on December 24 with Deepak Kochhar, Saurabh Dhoot as well as V.N. Dhoot who are the first directors of this company.

Before Dhoot decided to leave the company, he allotted 19,97,500 warrants after a year to Deepak Kochhar at the rate of Rs. 10 per warrant, on a primary payment of Rs.1 for each warrant.

Later, on June 6, 2009 shares of NRPL that were owned by Dhoot and Kochhar were relocated to SEPL that turned out to be 95% shareholder of NRPL.

SEPL was another company established with Dhoot as its director in the year 2008. Although, after a year he decided to sell his shares to Pinnacle Energy which is managed by Deepak Kochhar.

According to the grievance, it is revealed that despite knowing that Deepak Kochhar is linked with Dhoot, who is the Chairman and Managing Director of Videocon Industries Limited, Chanda Kochhar has never unveiled this detail and also did not release herself from the sanctioning group of ICICI bank while approving the loan to Videocon.

It is also alleged that Kochhar’s residence located at CCI in Mumbai was acquired from the incomes of crime for a mere Rs. 11 Lakhs when the real value of that property was Rs.5 crores.

Visit here for all latest – News of Vijay Aggarwal Advocate