Why Jewellery is a Significant Part of Indian Bride on Weddings 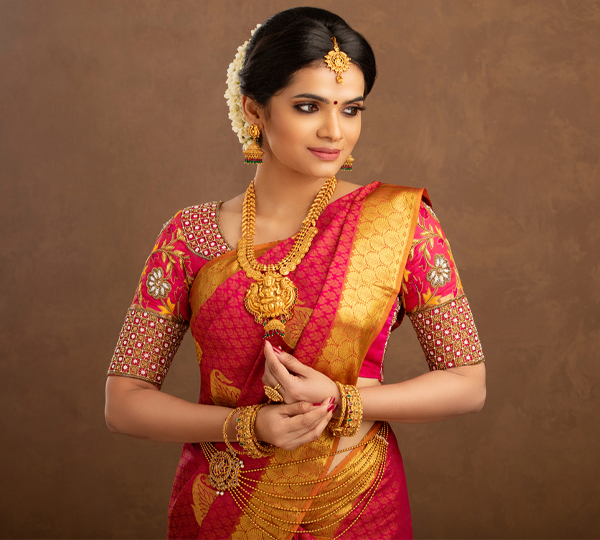 Anywhere in India, if you visit a wedding you will not see even a single guest not wearing Jewellery like gold earrings, necklace, rings, payal or anything else. Such is the traditional and cultural value of Jewellery in Indian Weddings. This is just for guests, now imagine what a bride would look like.

You guess right! A bride on a wedding should look like an angel and covered in Jewellery from head to feet. This ritual has been in Hindu culture since ancient times, known as ‘Solah Shringaar’. This ritual celebrates and acknowledges the divinity and beauty of a female.

The bride is dressed from her mother’s heirlooms to the bridal lehenga. Everything she accessorizes her with on this special occasion is only meant to enhance her beauty. The intricate designs on jewellery pieces do not only show the beautiful craftsmanship but also a symbolic representation of spiritual and cultural traditions followed in different regions of the country.

The Most Important Bridal Jewellery

Let us take a look at some of the most important Jewellery items in an Indian Wedding:

The most important part of a bride is ‘Mangala Sutram’ translating to ‘an auspicious thread’. This is not just a jewellery item but a symbol of being in an eternal bond. This stays with the bride for the rest of her life after marriage. Worn around the neck, it stays close to the heart and is believed to control emotions and nourishes love and relationship between the couple.

The specially crafted diamond mangalsutra is a preferred choice for most ladies since it portrays not only as just a symbol but an extension of the beauty of the bride.

If you see the mangalsutra carefully, you will see that it is completely different from your regular jewellery. This mangalsutra is a gold wire with black beads surrounding it. In a simple design, it can be black or yellow thread covered in turmeric instead of gold wire.

Bangles or ‘Choodiyan’ in traditional Indian culture are one of the most important parts of ‘Solah Shringar’ of Indian brides. A mandatory jewellery part for newly-wed and would-be brides to wear bangles made of glass, gold or other precious metals.

These bangles signify the long life for a husband as well as good fortune, prosperity and romance. The click sound of bangles was associated with making a woman’s presence known and represented the desire to get attention.

The ‘Maang Tikka’ comprises a pendant (small or big) hanging by the gold chain from the centre of a bride’s forehead. The reason for this place is the traditional belief that the centre of the forehead is the place of ‘Ajna Chakra’ which represents preservation and intellect. It also has two flower petals with the depiction of deities, representing the male and female union on a spiritual, physical, and emotional level.

The sindoor below further increases the significance of Maang Tikka and gives an absolute divine and gorgeous look.

The Maang Tikka gives the bride will, wisdom and power to handle her new journey in life. It is also believed that this protects the bride from evil eyes and any negative energy. The most essential significance is that it signifies the union between the groom and bride.

The nose ring or stud or ‘Nath’ is worn by the bride on her marriage day as is the custom in Hinduism. The nose ring was introduced by the Mughals and is a representative of marital blessedness. It is believed that women with nose piercings experience less pain during childbirth and even during menstruating.

This ring is removed by the woman after the death of the husband. It is also preferred that girls above the age of 16 should get their nose pierced as it is the appropriate marriageable age. It is also seen as a way of paying honour and respect to Parvati, the goddess of marriage.

Apart from the significance and benefits, a nose ring is now a fashion accessory too. Available in so many and beautiful designs, it just adds to the beauty of every woman.

Without any doubt, the bride looks incomplete without wearing her wedding ring, which is of course the symbol of her marriage. It is worn on the fourth finger of the left hand, as it is believed that the nerve from this finger is directly connected to the hearth. This helps in maintaining the balance of one’s emotions.

The wedding rings are also a symbol of one’s commitment and love and are the most important symbols of marriage. Previously gold was the most preferred choice of metal but nowadays diamond rings or platinum bands are mostly preferred by the modern brides.

Kumkum or Sindoor is a red or orange-reddish powder applied by married women along the centre part of their hair, starting between the line of forehead and hair. Sindoor or ‘Kumkuma’ is a traditional red or orange-red powder worn by married women along the part of their hair. In Hindu communities, the use of Kumkum indicates that a woman is married and stoppage of wearing this usually is an implication of widowhood.

The putting of this sindoor by Indian women holds a great significance in Indian society. This auspicious tradition has been carried on since ages and according to mythology, it must be applied for the husband’s good health and longevity.

5 Things To Know About Pakistani Clothes The Complete Guide to Rings and What to 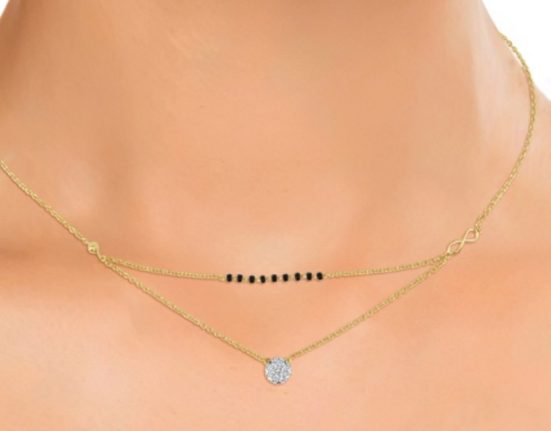 Design Your Own Mangalsutra Pendant: A Mood Board 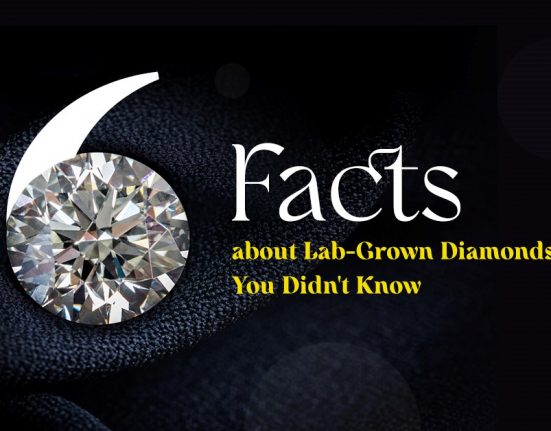 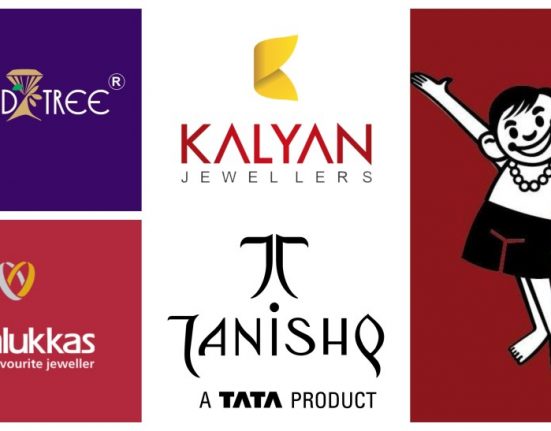 Some Of The Famous Diamond Jewellery Brands in